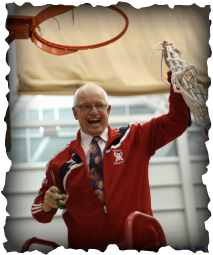 Mike Evans
Coach, Senior Tier I Girls
Mike has been coaching basketball for over 30+ years in Vancouver. His Senior Girls won both the Vancouver Cities and AA Lower Mainland Zone playoffs last year as well as capturing the AA Provincial Championship banner in 2012.  This was the highest placing by a Vancouver public school and the best finish for Britannia who also came 9th in 1993, 3rd in 1994, 4th in 1995, 2nd in 2011 and 11th in 2014.

Mike has been recognized with the HSBC Lifetime Achievement Award for Coaching as well as Basketball BC's High School Coach of the Year Excellence Award.  Mike also sits on the Board of Directors for the Vancouver Girls Basketball Association (VGBA) and Contributing to Lives of Inner-City Kids (CLICK).  His "real" job title outside of Legendary Coach is the Britannia Community School Coordinator. 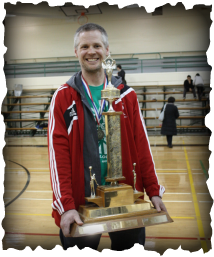 Trevor Stokes
Coach, Senior Tier I Girls
Trevor has been coaching multiple sports for over 10 years in the Vancouver district.  A man of many talents, Stokes usually coaches more than one sport per season including basketball, ultimate, cross country and track!  Since coaching basketball at Britannia, his Senior Girls program has made the Cities and Lower Mainland playoffs for the past six years including the best finish in program history this past year - winning Cities, Lower Mainlands and finishing 2nd in the province.

A true dynamic duo with Mike, Trevor is a teacher with our Britannia Streetfront Alternative program that approaches education with an emphasis on physical activities and outdoor experiences.  His students have finished numerous half and full marathons in Vancouver and Seattle. 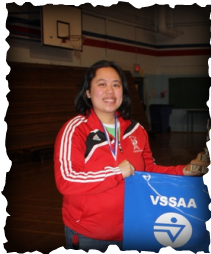 Mitra Tshan
Coach, Junior Girls
In her last six years at Britannia, Mitra has won three City Championships and finished with four silver medals in both the Bantam and Junior Girls Vancouver leagues.  She has been coaching girls' basketball at different levels since 1997 and is currently involved with basketball through VSB Athletics, Strathcona Basketball, Basketball BC and Night Hoops.   Mitra is also a Director for the Vancouver Girls Basketball Association.

As a coach, Mitra firmly believes that "the more things we can get kids to do correctly off the court, the more they will do correctly on the court." Mitra has been recognized by Basketball BC with the Investors Group Volunteer Sport Adminstrator Award and the Mary Campbell Award for a woman who has (is) making a significant contribution to the game of basketball.   Recently, Mitra was also recognized by ProMotion Plus with the Bobbie Steen Legacy Foundation Award as an Emerging Leader for her outstanding contribution to advancing gender equity in physical activity and sport within the community. 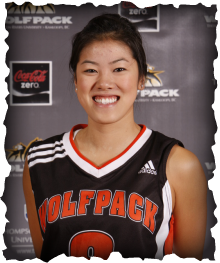